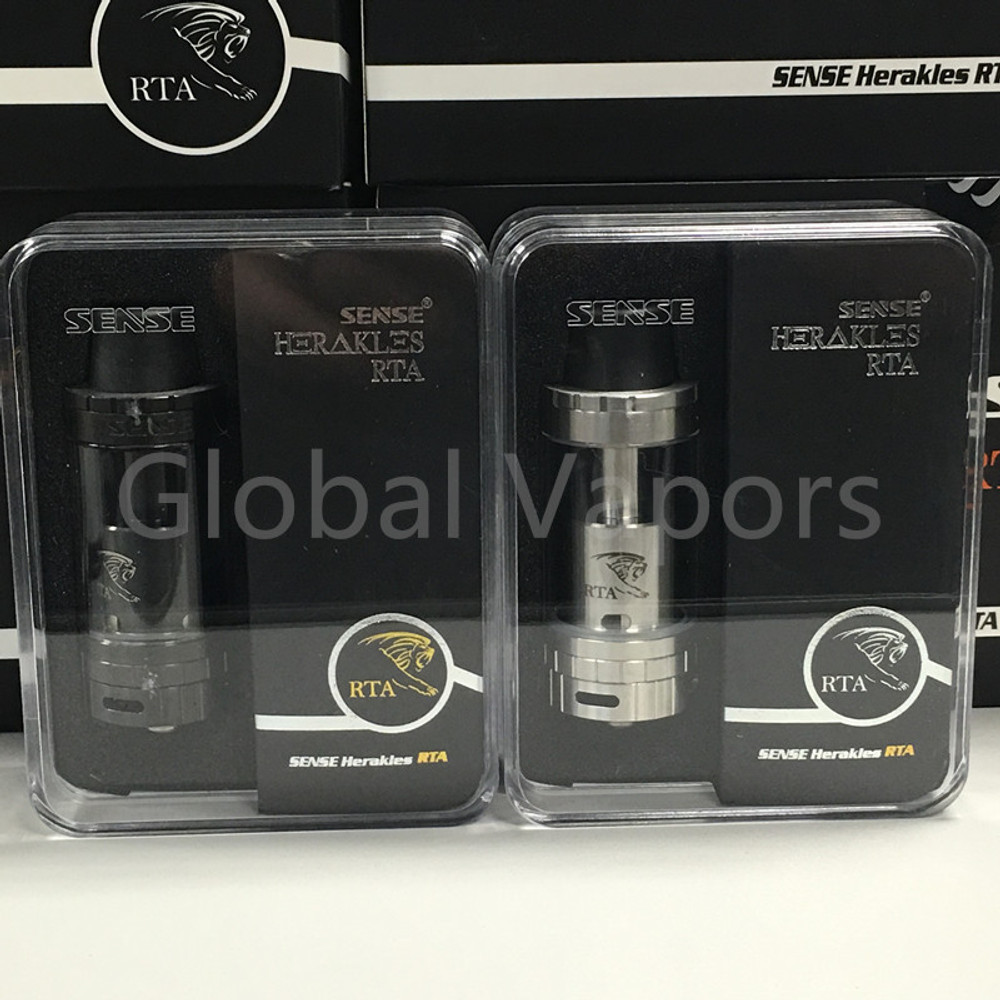 The Sense Herakles Two Post RTA presents one of the most performance capable rebuildable tank atomizer platforms on the market, with a massive 6ml tank capacity coupled with an easy to build dual terminal, two post build deck supplied by class leading quad exterior and quad interior airflow. From one of the most beloved manufacturers of tank systems in the market, the Sense Herakles RTA brings together quality machining along with a class leading feature set in a 25mm diameter chassis. The increased diameter size is designed to be used in conjunction with high powered box mod set-ups, and allows for a 6ml tank capacity that greatly increases time between refills as compared to smaller diameter platforms. Filling the tank is done easily from the threaded top fill system, working in conjunction with the independently adjustable wicking port system, allowing users to completely seal the wicking ports to eliminate flooding. The build deck of the Herakles RTA features a two post design with dual 2.5mm diameter terminals per post, rivaling many of the most popular two post RTA's on market. The Herakles RTA integrates quad interior airflow with each measuring 4.5mm by 3mm in size, providing the most internal airflow capable currently on the market. Paired with the quad exterior airflow, the straight channel chimney, and the build deck, the Herakles RTA can be utilized in greater power ranges than practically any other current RTA on the market. In order to effectively supply the high output capacity of the system, the 510 connection is manufactured out of copper to ensure high conductivity. With a large tank capacity coupled with class leading airflow and an extremely capable build deck, the Sense Herakles 25mm Two Post RTA presents itself as one of the premiere high wattage platforms in the tank market today.